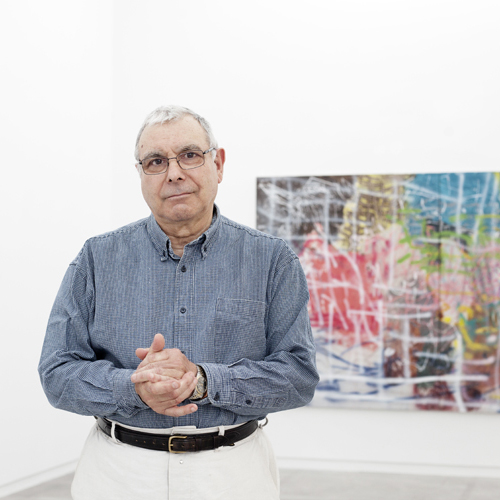 "I let the work guide me", Ernesto Riveiro quickly asserts when asked about the choice of a particular tool. An answer that could echo another long-term question - "what to paint? how to paint? -a question that haunts painters after the avant-gardes but above all affirms a desire to continue painting. In the 1980s, Ernesto Riveiro gradually abandoned the scenes and portraits that still occupied his time in the studio - most of which he has since destroyed - seeing them as a narrative source in which he no longer found himself. Avoiding the figure, it is not so much abstraction that he embraces as a questioning of the negative of the painting, and even more so of the will at work in the making of the painting. An "absence of project", he explains, which involves an absence of motif - that of Cézanne, who said he painted "on the motif" as much as that which serves as a motive for the action of painting. For in the reflection that drives him, he aspires to leave behind the history of painting in order to open up the history of his own.